…assuming I’m shipwrecked with an iPod, I guess.

So. One of my coworkers likes to ask the newbies to name their five “desert island albums,” which is basically asking “If you could only listen to five albums for the rest of your existence, what would they be?” It’s a good conversation / argument / alliance starter and allows us all to get to know the newcomer.

But what a rough question, eh?!

He started asking this well after I came aboard, so I never got the chance to respond. Honestly, I doubt I could have come up with anything on the spot anyway. My tastes / favorites change regularly; 13-year-old Julie would have started her list with the soundtrack to Cool Runnings.

[Not that that one would be allowed, anyway. The “rules” clearly state that soundtracks (unless all of the music was written for that particular film – if I understand the rules correctly) and “best of” / compilation albums aren’t allowed to be included.]

I recently revisited this question, and figured I’d put at least a teensy amount of thought into it. So, after about a week of consternation and gnashing of teeth, I came up with… 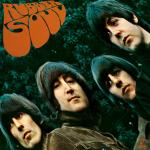 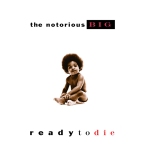