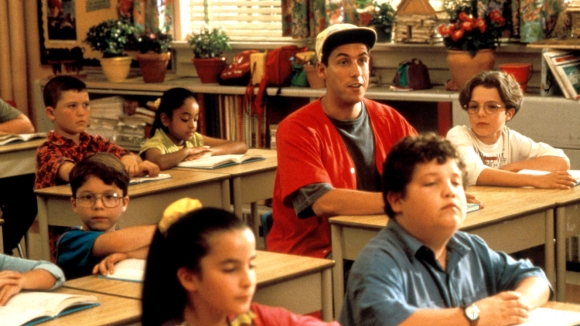 A few weeks ago I decided that I needed more kitchen towels and spent several hours researching just what I wanted on Amazon. A few days after that, I decided that I wanted to find out more info about possibly going back to school and had transcripts requested, registration completed, and a large amount of money charged to my Visa in half that time.

This is how I make Major Life Decisions: swiftly, decisively. It sounds like a fault, but I guess it hasn’t failed me yet.

It’s an all-online thing. A certificate-type deal. I won’t have another degree when I’m finished, but it’ll be a possible gateway to another degree. If I stick with it and take it seriously I should be done in two-ish years. I’m easing into it; just one class right now. It’s got a syllabus and textbooks and everything! I am excited. I have always enjoyed having a full, busy schedule. Maybe I’ll take up tap dancing while I’m at it.

The program is for writing – creative writing, that is. It’s not Joe Schmoe’s School O’ Stuff; it’s through an extension of a well-known university. I guess if I want to lie to people I can say I’m enrolled at Well Known School but the extension is its own thing. Overlap with faculty and such, but I won’t have any kind of diploma from there.

Anyway, I’m going to go figure out all this online stuff and hope my textbooks come before, say, June (hey did you know you can RENT textbooks ONLINE now? WHERE WAS THIS WHEN I WAS IN SCHOOL BEFORE?).

A Beginner’s Guide to the San Jose Sharks.

Hey, St. Louis Blues fans! You’ve probably heard by now that our next opponent in the NHL playoffs this year will be the San Jose Sharks. Oooh, sounds intimidating eh? You’re probably wondering what we can expect in the next 4-7 matches. What makes this team tick? How do they play? Who are they?

I’ve put together a brief guide to answer these questions and more. Please – enjoy!

Head coach Peter DeBoer has been with the organization for just shy of one year during which he’s proven himself a capable and coach-like coach. His methods are interesting and unorthodox; he has been known to release exotic animals onto the ice with the players during morning skates. Zebras. Boars. Giraffes. Alex Stalock wasn’t traded; he was mauled by a rhinoceros.

The “big names” with whom you’re already familiar are probably the likes of Joe Thornton, Patrick Marleau, Logan “Juicy” Couture or Joe Pavelski but how much do you really know? Their career highlights and individual game stats are smeared all over the World Wide Web. Any schmuck with WiFi can tell you, uh, just a second here, that… Any schmuck can tell you that, ah, HERE! That Pavelski scored a goal in his first NHL game… But are you aware that he is a strict vegan who travels with a personal chef or that his first career choice was to become a tree surgeon?

I am certain you were not aware of any of that.

“Old Joe” Thornton’s history with the Sharks (or the Bitey Fish, a term used by die-hard fans) is marvelously colorful. A former wearer of the Captain’s “C,” he was demoted to “A” before the start of the 2014 season. The circumstances surrounding the change are shrouded in mystery. Sources point to a kerfuffle involving Thornton, head coach at the time Todd McLellan and SJ Sharkie, the team mascot portrayed with zeal by actor Kevin Costner. To this day, no one knows what words were exchanged in that In-N-Out Burger.

Patrick Marleau has been with the Sharks organization since I think they became a team. His stunt double is actor Kyle Chandler. Some episodes of Friday Night Lights were filmed with Marleau in the role of Coach Taylor.

Goalie Martin Jones was born in Siberia. Before being signed by the Sharks, his legal name was Vladimir Oxtoboxtokovski. He chose his “American” first name after watching the 1980 classic film House Party and proclaiming Martin Lawrence as the “American ideal” to which he aspired.

I could go on, but let’s cut to the chase: what can St. Louis expect in game play against the Bitey Fish? Are they highly strategized? Do they play a fast, tight game? Do they rely on telepathic communication among players? The answers to these questions are yes, yes and yes. The best thing the Blues can do to interfere with the Sharks’ on-ice communication is to wear caps of aluminum foil beneath their helmets so their brain-rays don’t get intercepted by San Jose’s brain-rays. Science.

Blues fans, I sure hope this brief introduction to our next opponents serves you well as you tune in to the Western Conference finals. I will try to produce follow-up material as my time and attention span permits (read: never. Never ever ever). But in the meantime, I leave you with one piece of advice that will be paramount to your understanding of this series: