I did not like cats. Hate is a strong word so I hesitate to use it, but let’s just say my dislike was strong. No one could change my mind: they were gross, aloof assholes. No one shits inside my house except me, I’d say, with obvious exceptions made for human visitors. And that was my main argument: cleaning up cat poop. GROSS. Cats are terrible. Argument over.

I’d always been that way, more or less. Somewhere among the piles of school papers that Juanita compulsively saved through the years, there is an essay that I wrote in fourth grade. I think we were supposed to make a persuasive argument; mine was that dogs are better than cats. It was accompanied with a hand-drawn cat with a red slash over it, Ghostbusters-logo style.

My interactions with cats were usually not that great. An aunt had a particularly nasty one that was so feisty it became an outdoors-only kitty. Another aunt had a cat that was so old and feeble it lived in the basement, unable to navigate the stairs to the rest of the house. A friend’s cat once peed on my pillow when I came over for a sleepover (Luckily, I wasn’t using the pillow at the time).

As I got older, my position began to soften – slightly. I tolerated my friend’s kitties, even going so far as to gently pet them when they approached, but nothing more. I still found the idea of touching something that just took a dump in a box on the other side of the room to be a bit, ah, repellant.

Then my friend T got herself a cat, and something ever-so-slightly happened in my brain. T’s cat was alright. He didn’t give a shit if you held him, or even sort of wrestled with him. He didn’t smell bad, and he was affectionate. He kind of reminded me of a dog – and, man, do I like dogs! – even though he still pooped in a box full of fancy-ass sand.

At about this time, I’d moved into a new place of my own. It’d been awhile since I’d lived alone, sans roommates (or residents) to interact with constantly. And though I’m generally a quiet gal, I thrive on the energy of others. I hated the quiet and solitude. I considered getting a dog, but ultimately nixed that idea. I believe through-and-through that dogs need space to run around. A second floor apartment is no place to coop one up, even a teeny tiny one (and the idea of adopting some sort of spastic-y toy chihuahua wasn’t appealing anyway). As time went on, I figured I’d just wait til I moved out to a place with a yard, then get a dog.

I’d shared my thoughts with T, who henceforth would ask me if I was going to get a cat approximately once a month. But my NO!s eventually became less forceful. I started researching cats. I started imagining how my life would be different as I cared for one. And then, something incredible happened:

I became open to the idea of getting a cat.

Several people took quick advantage of this teeny, tiny opening in my resolve – namely, my gentleman friend. We began discussing it more often. Then, to my surprise, proclaimed that my Christmas gift this year would be – of all the fucking things in all the fucking world – a cat. 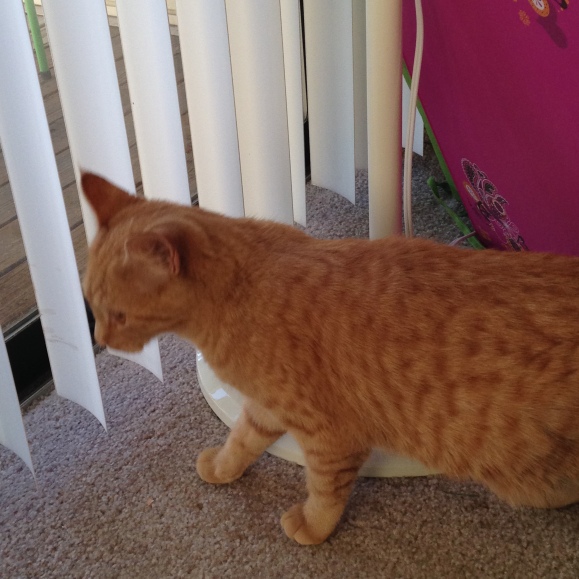 One thought on “never say never”