In the form of a question.

Oh, so I took a super exclusive text to be on Jeopardy! tonight. It was freakin’ awesome. 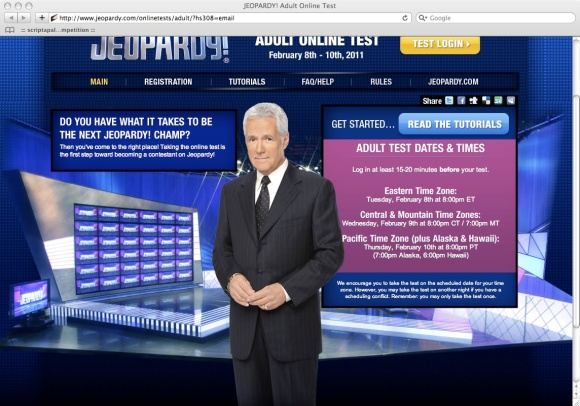 What are you looking at, you smug bah-stad?

And when I say “awesome” I mean “freakin’ hard.” I mean, seriously? I’m expected to remember who George Wallace is? (For the record “Gary Sinise played him in the movie” is probably not an acceptable response).

Anyway, watch for me on television in the next week or so. Or so. Or so.

HOW HAS THIS NOT BEEN A SONG OF THE DAY YET? I AM SO SORRY.
You should probably listen twice, just to make up for it.